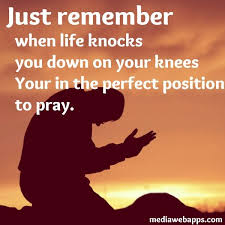 Here is what American needs to be Praying. This will upset the majority of you feel good Sunday Christians, BUT, It’s what is needed to rout out corruption, perversion, and bring these criminals in government to justice!!

Father we come to you in the name of Jesus. We ask that you hear this prayer from those who have the courage to pray it. Father there is so much corruption in our society and in governments around the world. Father, we know that Satan/ Lucifer, the god of this world system, has these people in his control. Father, we also know that you have the power to stop what is happening and to open the eyes of those who are evil and corrupt.

In the name of Jesus, we ask that you Save them, Change them, Move them, or Send them to Hell!!

Father if they are not saved, Born Again the way your Word teaches, we ask that you bind Satan and the demonic forces that are blinding them from the True Gospel of Jesus. (2nd Corinthians 4:3-5) We ask that they accept Jesus as Lord and Savior, repent and confess their sins to the World in Public.

Father, if they are saved and are still controlled by Satan, we ask that you bind him, his demons, any ancestral demon or alter personality that has been set up, and is in charge of the person.

Father we ask that you Change them and turn them from their wicked ways. Expose them and what they cover up.

Father, if they won’t come to Jesus or change their ways, we ask the you Move them out of the way and render them incapacitated. Render them powerless and mute.

Father, if all else fails we ask that you send them to HELL so they can’t harm or cause harm to any more innocent people.

Father, in the name of Jesus, this prayer is for the all in the White House, Military, anyone down to local mayor or city council. It’s also for anyone who is involved in law making or the enforcement of any law. We also extend this prayer to Hellywood, those in TV and the Media.

Father, we ask that you also weed out all of the corrupt people around the world. Those in the UN and those pushing for a New World Order.

Father, in the name of Jesus, we ask that you protect those who are trying to expose the corruption and weed out those who would try to harm them. Father we apply the shed Blood of Jesus to these corrupt followers of Satan. We ask that all Curses, Spells, Hexes, Voodoo and Witchcraft of any kind, be rendered nil and void, to be sent back to the sender as a show of your power over them. Father, Save them, Change them, Move them, or send them to Hell! Amen

Note to the FBI, CIA, Secret Service, or any other law enforcement agency:

This is in no way a threat by me to inflict harm on, or kill anyone. You don’t have a problem with me, unless someone comes at me to do bodily harm to me or my family. No. Who you have a problem with is the LORD. HE will give people their JUST do and I am merely praying for them!

James 5:16 “Confess your faults one to another, and pray one for another, that ye may be healed. The effectual fervent prayer of a righteous man availeth much.”

If you go to the store to buy Meat, don't run to the Milk section or the Junk Food aisle looking for it!!

The Meat Section is the True Gospel of Jesus Christ.

The Milk Section is likened to those who will not preach on sin and Hell, just a feel good message, the Social gospel.

The Junk Food Isle is the outright false doctrine AKA the prosperity gospel, name it and claim it, the Hebraic Roots movement and other false teachings!!

Feasting on just Milk and Junk will eventually cause you great harm, you can count on it!! If you appreciate what this Ministry is doing to Expose the Fake Christians, Satanists, Witches, Communist/Socialist Democrats, R.I.N.O Republicans and the assault on our Conservative, True Christian values, please consider a small donation to help us continue and expand. This Ministry is not only under attack by the Enemy, we are now under attack from supposed Christians also. It is what Tom Horn calls 'Blood on the Altar"!

What you looking for?

We need your help Folks!

Please give what you can Here.

If you can not give, Please pray the Lord sends someone who can! You can go to the link above to see the current amount given, and the Goal we need to reach.

Just so you know what has been going on since September 2019, read Our Story and Struggle Here.