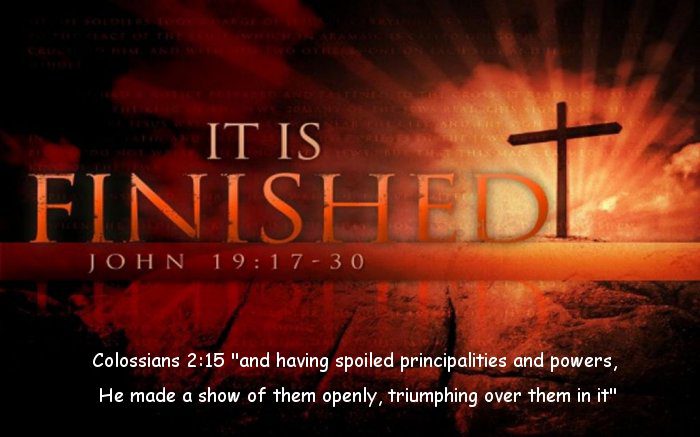 See more about the Principalities, Powers, Rulers of Darkness and Spiritual Wickedness in High places here

Colossians 2:15 “and having spoiled principalities and powers, He made a show of them openly, triumphing over them in it”

We are told in this Passage that Jesus totally and completely defeated Satan and all of his minions (Democrats) of darkness at the Cross.

Just exactly how was this done?

Sin is the legal means by which Satan can hold men in bondage. It’s called “the Law of sin and death” (Rom. 8:2). Satan has a legal right, a right given to him by God, to do what he is doing, as it regards holding men captive, because man has sinned.

1st John 3:4 “Sin is the transgression of the Law”

The Law of God, as given to Moses, was God’s Standard of Righteousness. Morally, it is summed up in the Ten Commandments. So, in some way, sin is the transgression of those Commandments. Regrettably, every human being who has ever lived, other than Jesus Christ, has transgressed the Law, thereby incurring its penalty. That penalty is death (Romans 6:23).

If men presently are held in Satanic bondage, it’s because they haven’t availed themselves of what Jesus has done for them at the Cross. They can do so by simply =exhibiting Faith in Christ and His Finished Work, which guarantees Eternal Life and Victory in every capacity.

When Jesus atoned for all sin, He not only atoned for acts of sin, but He also addressed the very cause of sin, which is Satan. Sin, with its cause and effect, was, therefore, totally defeated at the Cross. Furthermore, this Victory was heralded all over the spirit world, which means that Satan, every fallen angel, and every demon spirit knows what Jesus did at the Cross, and knows that it spelled their death knell.

Not only did Jesus defeat Satan and his hordes, but also “made a show of them openly, triumphing over them in it.” This carries the idea of a Roman General who had won a great victory. If the victory was great enough, he was given a parade through the middle of Rome. As the cheering crowds thronged the sides of the road, the General rode in a gilded chariot pulled by prancing steeds. Behind the chariot were the kings and military leaders he had defeated in battle, attached to the chariot by a noose around their necks. In humiliation, they stumbled as defeated foes while the people of Rome cheered.

This same connotation is meant to apply to Satan and all his cohorts of darkness. As stated, when Jesus died on the Cross, the entirety of the spirit world knew, beyond the shadow of a doubt, that Satan was totally and completely defeated. His defeat was totally humiliating, meaning that he was defeated in every capacity. All sin was atoned, leaving him with no legal right to hold one single person in bondage.

The answer is in the Cross, even as the Word of God says. Israel of old was told to look at the brazen serpent on the pole and thereby live. Poor, sinful, wicked man is likewise told to simply look at Christ and what He did at the Cross. If they will believe in their hearts, they are instantly and wondrously saved (Romans 10:9–10). 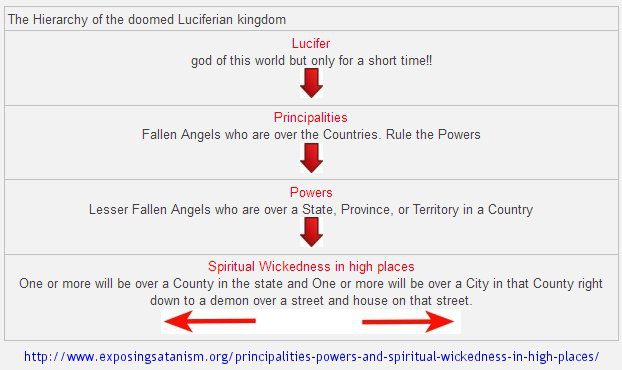 If you go to the store to buy Meat, don't run to the Milk section or the Junk Food aisle looking for it!!

The Meat Section is the True Gospel of Jesus Christ.

The Milk Section is likened to those who will not preach on sin and Hell, just a feel good message, the Social gospel.

The Junk Food Isle is the outright false doctrine AKA the prosperity gospel, name it and claim it, the Hebraic Roots movement and other false teachings!!

Feasting on just Milk and Junk will eventually cause you great harm, you can count on it!! If you appreciate what this Ministry is doing to Expose the Fake Christians, Satanists, Witches, Communist/Socialist Democrats, R.I.N.O Republicans and the assault on our Conservative, True Christian values, please consider a small donation to help us continue and expand. This Ministry is not only under attack by the Enemy, we are now under attack from supposed Christians also. It is what Tom Horn calls 'Blood on the Altar"!

What you looking for?

We need your help Folks!

Please give what you can Here.

If you can not give, Please pray the Lord sends someone who can! You can go to the link above to see the current amount given, and the Goal we need to reach.

Just so you know what has been going on since September 2019, read Our Story and Struggle Here.